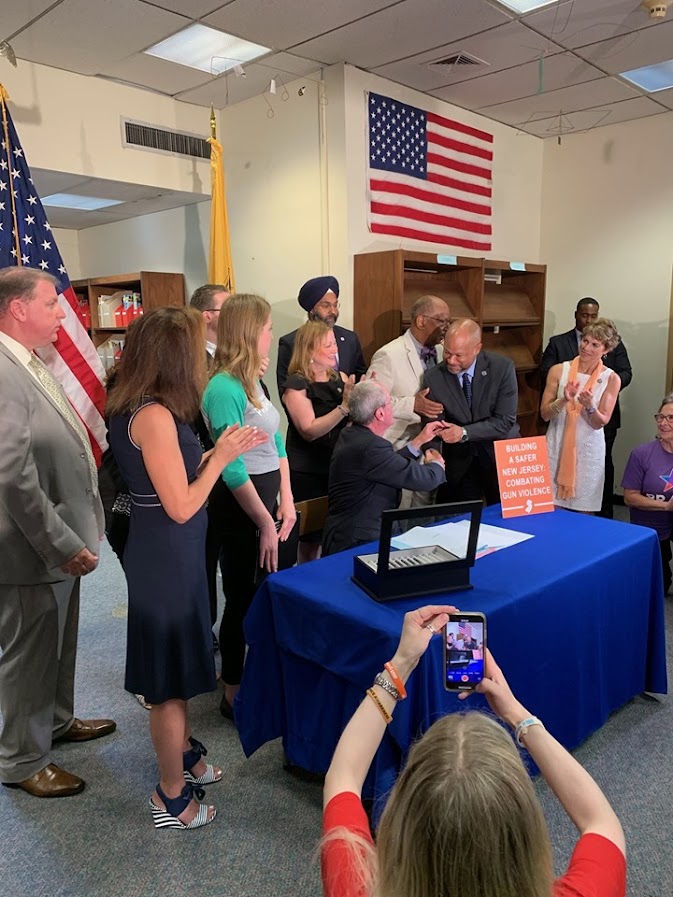 A personalized handgun is a handgun incorporating technology which automatically limits its operational use and which cannot be readily deactivated, so that it may only be fired by an authorized or recognized user.

“We’ve seen far too many senseless deaths because of handguns accidentally getting in the hands of children. The technology exists to curb this possibility,” said Johnson (D-Bergen). “Current law is intended to encourage the development of smart gun technology, but the prohibition on other handguns has, in effect, restricted consumer access to personalized handguns. This law will help our state to create a reasonable approach to improving gun safety, especially for children.”

“Smart gun technology was created to increase the safety of our children and others when someone’s firearm falls into the wrong hands,” said Vainieri Huttle (D-Bergen). “This law gets New Jersey ready for the increased development and availability of childproof handguns. It ensures handgun owners have access to personalized firearm options that would be available in other states.”

“Personalized handguns mean improved gun safety for owners and their families,” said Wimberly (D-Passaic/Bergen). “We can reduce unnecessary gun violence involving children with smart steps such as preparing for this new technology.”

The Personalized Handgun Authorization Commission is to consist of seven members, including the State Attorney General, Superintendent of State Police, the Commissioner of Health, or their respective designees all serving ex-officio. The remaining four members would be appointed by the Governor.

The bill signing ceremony was held at Livingston High School in Berkeley Heights.

“The scourge of gun violence is a pervasive problem that affects our entire nation,” said Governor Murphy. “I am proud to work with our legislators to implement some of the toughest gun laws in the country to protect our residents and make our communities safer for all. We see the results of our work by having among the lowest rates of gun-related deaths nationwide. With every step, New Jersey is proving that commonsense gun safety laws work.”